About Daniel: The Age of Discovery 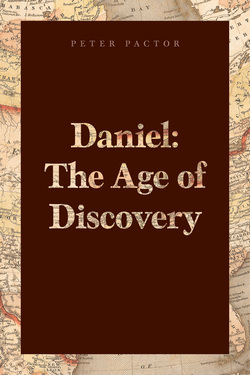 Daniel French is the twelve-year old son of one of the world’s wealthiest men. Daniel may be rich in resources, but he is definitely poor in emotional ties with people and practically bankrupt in social skills. Ignored by his parents and mistreated by those employed to take care of him, Daniel has become manipulative and skilled in verbal self-defense. Never allowed to associate with people his own age, and never allowed to attend school, he found his friends within the books and fine art of the three-story library tower located on his family’s estate. There he became entirely self-educated, and there he developed his passion for learning.

When he is sent off to Cornwall Academy, a boarding school, he is so inept with people that he immediately becomes the outcast with everyone except his roommate.

Small in body, great in knowledge and intellect, Daniel begins to learn quickly, and to adapt. His school community helps him to grow, but Daniel has lessons for both his fellow students and teachers.

It is an important day in the life of a school when any new student enters that school. That student has the opportunity to be an influence for good or an influence for evil. Daniel has made his choices.

Certainly, his four months spent at Cornwall Academy, are for Daniel: The Age of Discovery.
REVIEWS
​
"Studying the reoccurring events of economic collapses from the towns of the South, Daniel has come to the realization of the repercussions that will soon be caused by America’s current weak economy and wants to minimize as much damage as possible before it’s too late. This may seem like a difficult task for one boy, perhaps even impossible, but with the help of his friends, family, and wealthy backers who stand with him, Daniel knows that he can make a difference in helping others from the potential financial disaster that will surely come in the next following months."
-Noelle Stout, YA Reviewer for Reader Views Kids


“Daniel: The Age of Discovery by Peter Pactor is the story of Daniel French. Daniel attends boarding school, Cornwell Academy, after years of being secluded, hidden, and mistreated by the people around him. Daniel goes through many life lessons and learns valuable life skills throughout the story that will correlate with someone who might read this novel.
​
The author’s use of the problems in America in the1920s is so insightful and felt like you could be a part of Daniel’s life. The book is generally for young adults ages 15 and up. They could possibly relate to the life skills that Daniel learns. “Your life is your responsibility,” was the best message in this story.

My personal experiences relating to the topic of this book is that I have been through many hoops throughout my life, and I could relate to Daniel’s life struggles. Pactor spent many years being around students as a teacher and the message of the many life lessons he included was great. I enjoyed them, as I now would like to find the solutions to my own lessons, and skills I am possibly lacking.